In an increasingly fluid world where people are living in countries that they didn’t grow up in, this debate, or conversation about where you come from is an interesting one. I have lived all my life in India, and while it might seem like a fairly similar space to operate in, I still think I find myself wondering about the question… where do I come from? If someone was to ask me where I was born, well yes, I was born in Chennai/Madras. But my parents didn’t live there, my mother just went back to her maternal home for the delivery and further more I didn’t grow up there. If I choose to talk about my growing up years then it’s Mumbai (till I was three, so that doesn’t really count), the suburbs of Pune, and then Pune city. I then studied in Ahmedabad, and later worked in Mumbai and Chennai. My life has not covered a wide latitude unlike the 20 million odd people Pica Iyer mentions in his talk who do not live in their birth country — it’s a whole other country like he says.

There is one thing that I do know and that is my quest for understanding my roots has been an ongoing one. I grew up in a very Maharashtrian part of Pune, with Marathi neighbours, parents who didn’t believe (fortunately for me) in joining any Tamil groups/ethnic groups of any kind. We spoke in English at home, a long story for another time, and visited Chennai, to meet their parents, my maternal and paternal grandparents, once a year. We had very few relatives in the city we lived in, and anyway, we hardly ever visited them. It was, some might say, an isolated childhood with limited Tamil influences (Tamil movies during vacations at best), and very sporadic Marathi influences. Every year when we visited Chennai, all the grandparents would comment on how sad it was that my brother and I didn’t know our mother tongue. When we were younger they goaded my parents, and as we grew up, we were repeatedly told that if you don’t know your mother tongue it was a calamity. That made me think about it. And I reached my own conclusion that ‘roots’ had to be more and much larger than just your mother tongue, or maybe that argument suited me. For someone like me, who’s grown up speaking in English, embarrassingly so, roots are not connected to language. But this para is about roots and not the conversation about home, though at times the two are muddled up together?

Pico Iyer’s talk got me thinking about where I am from and through that, what it home! I have lived in over 15 houses in my 33 year life, an average of around 2 years in a house and one house managing to hold onto me for around 4 years. Yes, we did move around a lot. The debate about ‘home’ is whether it is just where I am, do I carry ‘home’ inside of me? Or where my possessions are — my clothes, favourite books, and just things… Or does it change with time and years? In a recent trip to the Himachal, I bumped into a musician who hails from Rajasthan but plays his ektara and sings his song across the northern parts of India for most of the year. Most of what he carries goes along with him in a tiny green bag — and that is all he has. Where is his home?

As much as I love to travel, I love to come back ‘home’, travel makes me miss home. And that coming back bit, confuses me. For if home is inside me, then surely it doesn’t demand that I come back. Many seasoned travellers have decided to be on the move all the time and are living out of suitcases. I wonder if I can do that. And I think I can’t then isn’t ‘home’ just a solid, confirmed base. That physical entity to make you feel like you belong? This internal debate can go on and it might seem like an unnecessary one, but I need to go on and have that conversation. Join me if you want as I leave you with one question or maybe two: Where are you from? Where is home? 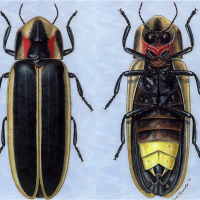 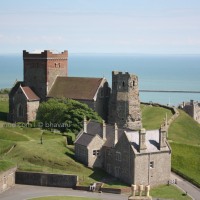 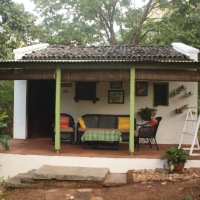