it had been a long journey. it had been difficult to sleep all night on that tiny seat of a mini-van with loud music, only on to keep the driver awake. but, given that our train tickets didn’t get confirmed, we were forced to make do with a last-minute haphazard plan which involved two buses and two car rides to get ketti (near ooty) to trichy! and given that it eid, and thus a long weekend. there was a never-ending stream of traveling who all seemed to be better prepared than us or rather better equipped to handle uncomfortable rides!

lesson: always book in advance when there is a long weekend in india. everyone is on the road!

it was 5am when we reached trichy. and we needed to get to karaikudi, just about 100 kms away. there were a whole bunch of auto rickshaws drivers who pounced on us seeing our bewildered looks and bags. then came along an old man. with his white lungi folded at the knees and tucked in at the waist, almost no teeth and definitely no hair on his head. he said, “i will take you.” we haggled the price, felt bad for him so didn’t argue too much. had a cup of good filter kaapi (coffee) and hopped into his old ambassador. you would think i was shocked? but no, i love ambassadors. my grandfather had one in chennai when i was a kid, and i used to love the spacious and also high seats. felt like a throne, or carriage of some princess. plus even now, the black & yellow airport taxis in chennai are all ambassadors. its old-world charm. and so suited him. he made a perfect picture in that ambassador (sad, that i was too sleepy to actually take a picture!)

he said he was 65, but he really looked around 75! yes, i know what you are thinking – how could he drive? well… i think we thought about that too, but let it slip into those tiny places in the brain that we all store things when we are too tired to deal with them…

we got out of the city, and onto the road. and surely, in a little bit of time we realised that our grand ol’ man couldn’t really see much! plus one of the headlights was not working. we got pulled up by the cops, by which time we were at the edge of our seats and holding onto the front seat. A kept saying relax, its ok, nothing’s going to happen. my heart was beating faster than when i jumped off the cliff to paraglide, felt more in control there than here!

fortunately it was an empty highway and only getting brighter by the day. but, we did drive across a HUGE ditch as super speed. it was like an uncontrolled roller coaster whose tracks have gotten loose. then we almost bumped into another old man who was strolling across a highway with his back to the oncoming traffic. STROLLING….! and our ol’ man didn’t even press the brake till we yelled just 5 metres from the other old man! repeat telecast with another old woman. and then construction in the road meant a road block which our oldie didn’t see, so after we yelled we ‘swerved’ to the right at the very last minute…

lesson: don’t get beguiled by old men who think they can drive. men don’t think!

we reached chettinad in one piece. shaken, but apart from that no injuries!

Thanks @ishagopal and Karan @bloontoys for this wonderful pic. . . . It sums up this girl beautifully -- she's always cautiously brave. Needs me or @itsstillash by her side as she ventures into the new & unknown. Though venture she will. . . . #freeplay #bloontoys #motheringA
Magic Farm with the fun Satish Desa at #Powai #Mumbai . . . Contact 9820814614 or DM for details. Few seats left (not a marketing strategy but reality!) . . . #stories #storytelling #thingstodowithkids #thingstodoibpowai #funactivities #weekendfunwithkids
My noodles and my reluctant dog. Going to miss him. Starting to feel very guilty about traveling but he enjoys @pawfect_life_mumbai . . . #curlies #curlywurlygirl #aussiefreezegel #washdaymagic #inji #desis #desidogsofmumbai #desidogsofindia #indiesofinstagram #indies
Current most fun activity! @bloontoys . . . #curvyboard #bloontoys #waldorfinspired #freeplay #play #childhood #toddlerhood #toddlerfun
Wash day curls! That happiest day in a curlies life. Ignore the creepy eyes + yellow dusting cloth (second picture). . . . I'm attempting to get a selfie look but not succeeding, as you can see. The #reluctantcanine is napping and didn't want to disturb. . . . Also I've realised how big my eyes look/are only after starting this curly-selfie-wash-day thing. (I've always known about my big nose, thank you very much!) . . . Signing off, Big eyes with big nose and very curlywurly hair! . . . #leaveyourhairnatural #curlywurlygirl #cgm #cgmethod #washdaymagic #ilovemyhair #naturalcurls #wowcoconutmilkconditioner #cantucurlingcream #aratahairgel
#rubbish #junk . . . Why you cannot trust the front of pack! Ragi ✓✓✓✓✓✓✓✓ * yummy ragi * finger millet * superfood... All those right bells in the head going off! . . . Now check out the ingredients. Refined flour is maida -- it's pure junk. Nothing in it, stripped of all fibre. Castor sugar -- especially brands acting like they are healthy should stop using sugar & castor sugar is super refined. And if that's not all, the dark chocolate will be only 50% so that's got sugar too. Butter has cholesterol, so how can the brand say this has no cholesterol? . . . We've got to demand that brands be more responsible. . . . @snackible -- whom do you think you are fooling! We're becoming smarter consumers, keep up. . . . #rubbish #junkfood #unhealthy #pleasedonotbuy #unhealthycookies #unhealthybrands 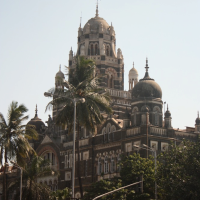 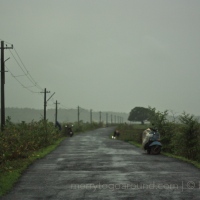